Home » Key Members of staff at Floors of Stone

Everything we do and the success of all our projects is completely dependent on the talent, experience and dedication of our staff. Our customers expect the highest quality flooring at a sensible price and good old fashioned service. All of our staff have been chosen because they are highly skilled in their area of expertise. We are lucky to be in a market town with one of the highest ranking universities in the country, allowing us to draw on a very talented pool of potential employees.

Floors of Stone has been established since 2007, originally supplying limestone floor tiles to clients of our sister company, deVOL Kitchens. We now offer a wide selection of natural stone tiles at highly competitive prices from our dedicated flooring showroom, along with our terracotta, porcelain tiles and a range of wood flooring.

Our sister company deVOL Kitchens has been established since 1989 and design and make the finest handmade kitchens. deVOL moved to the historic Cotes Mill in 2013, which is now home to all four of their kitchen ranges, as well as antiques, gifts, interior products and Floors of Stone's 145m2 flooring showroom. Cotes Mill is a renowned local landmark and now our customers can view everything under one roof whilst taking in the enchanting character of the mill and gardens.

Today, the deVOL group employs over 250 staff and have showrooms in Loughborough, London and New York. Our kitchens and flooring have featured on Grand Designs and within the pages of prestigious magazines such as Elle Deco, Country Living and The English Home to name a few. We have completed projects from right here in Cotes to Barbados and beyond. Whatever your project, we'd love to hear from you. 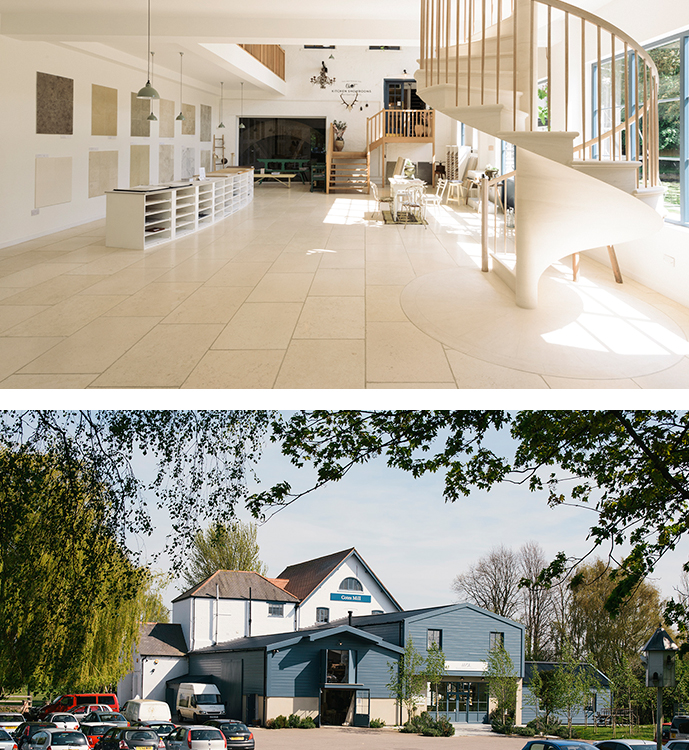